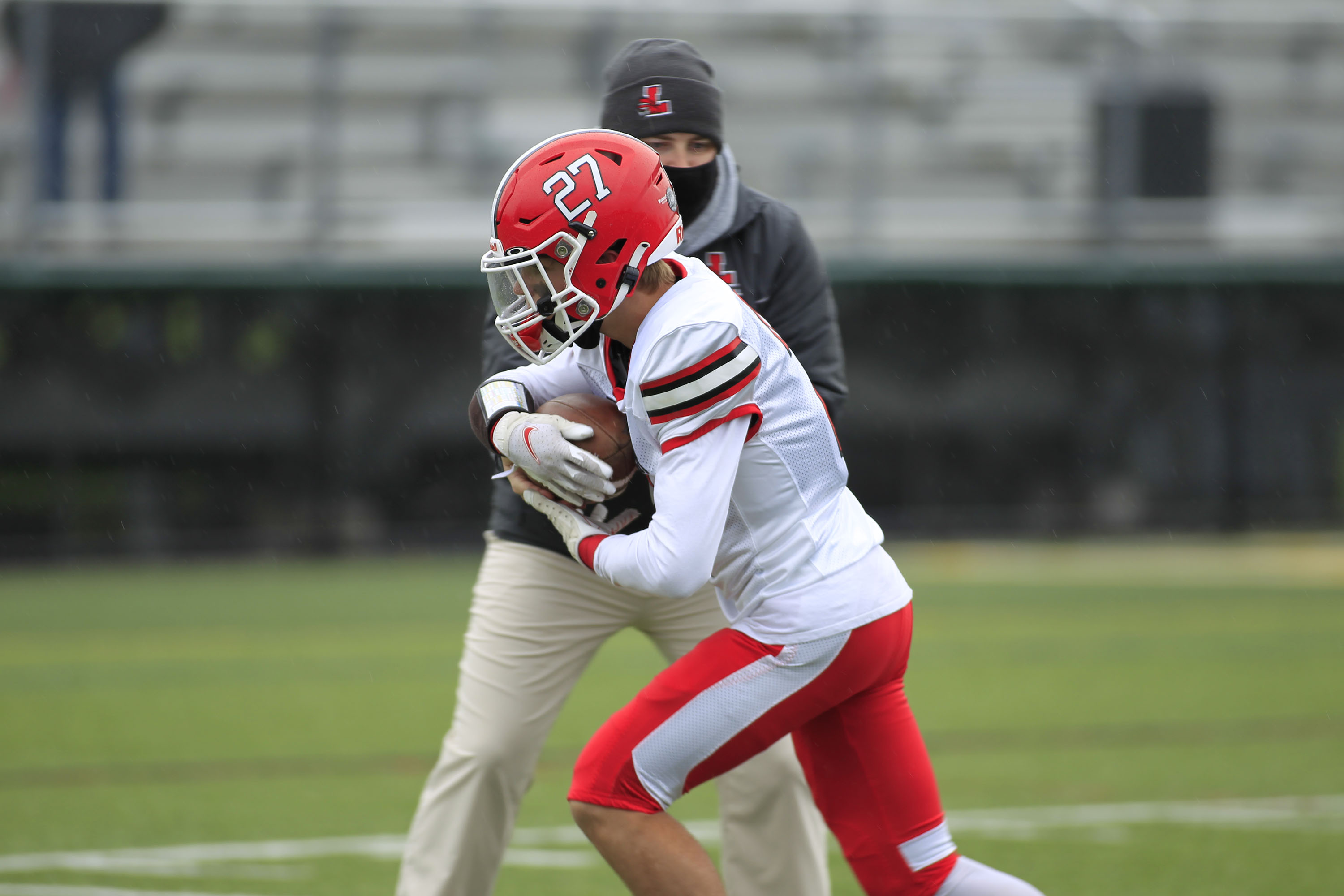 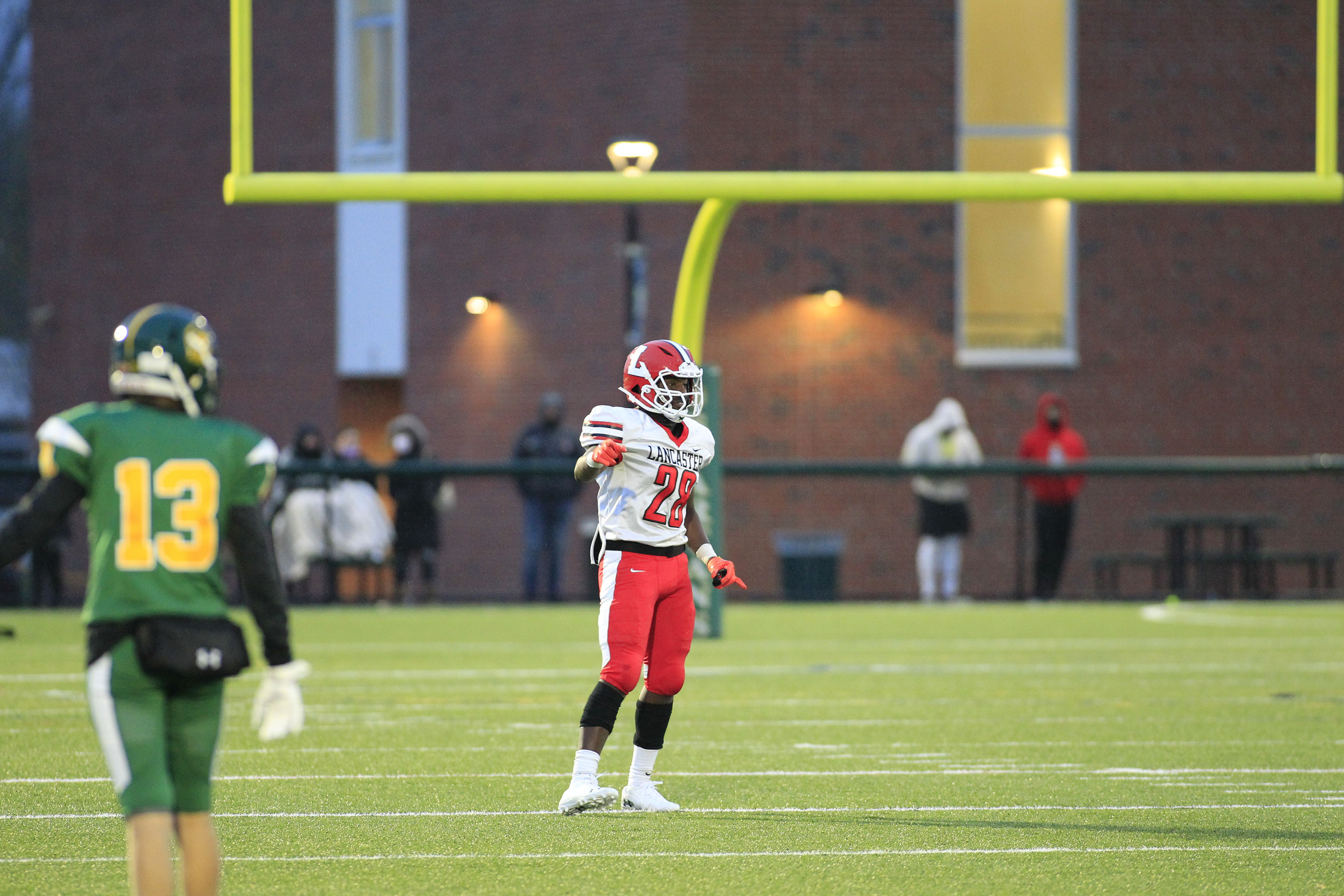 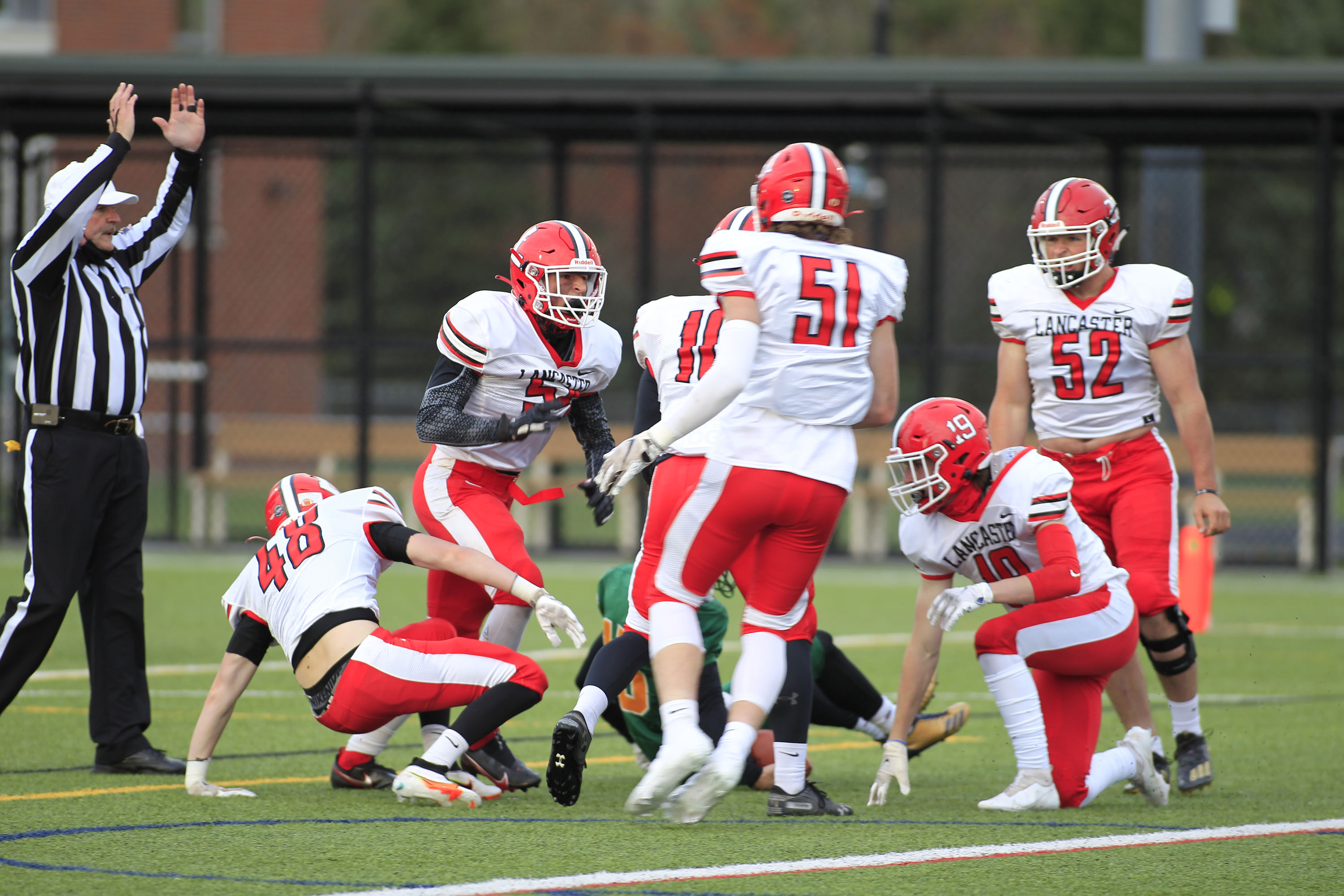 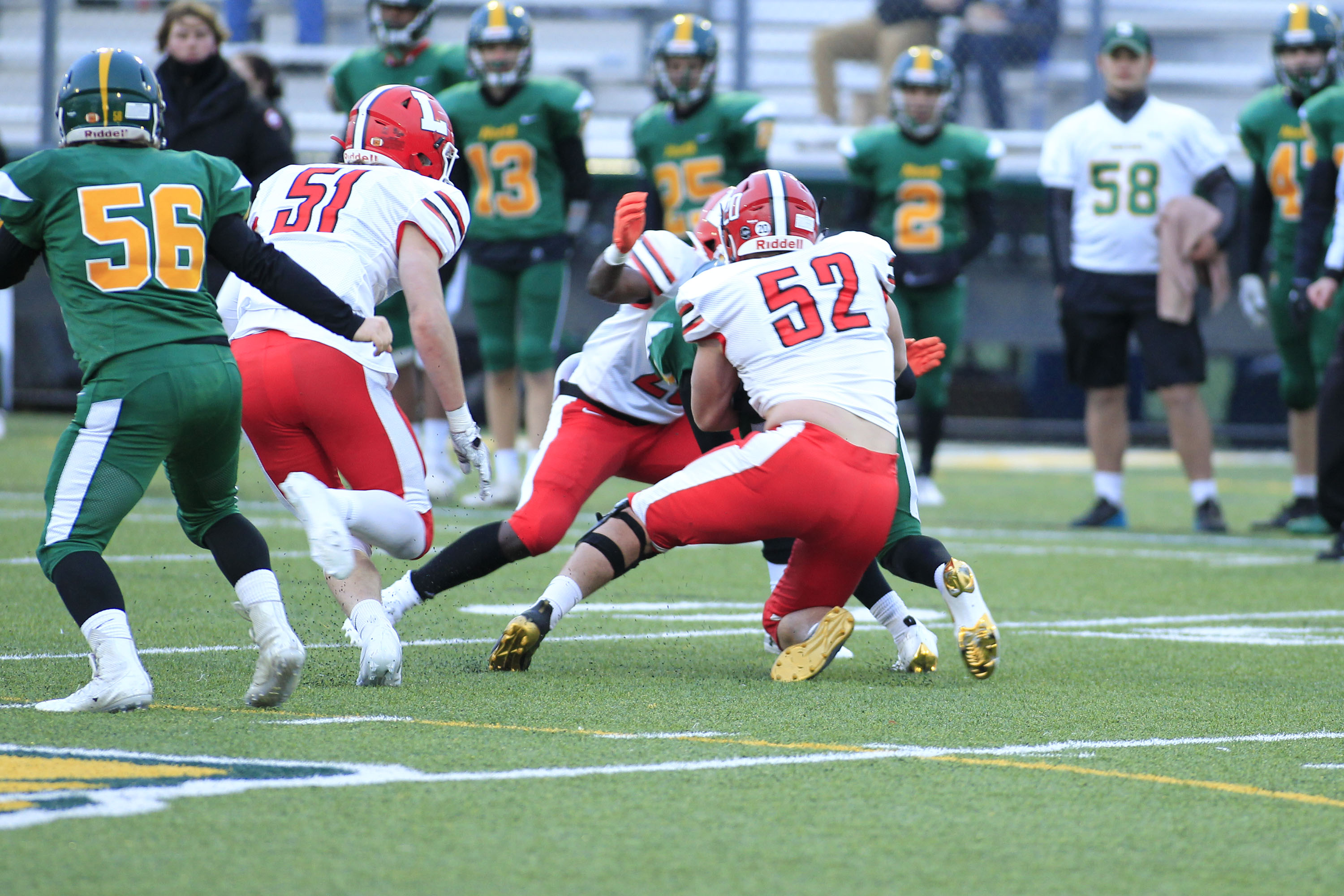 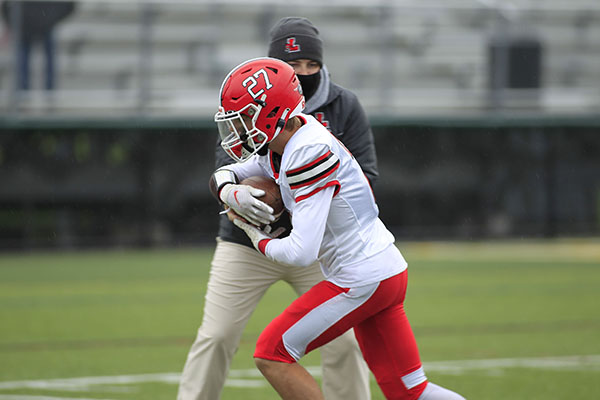 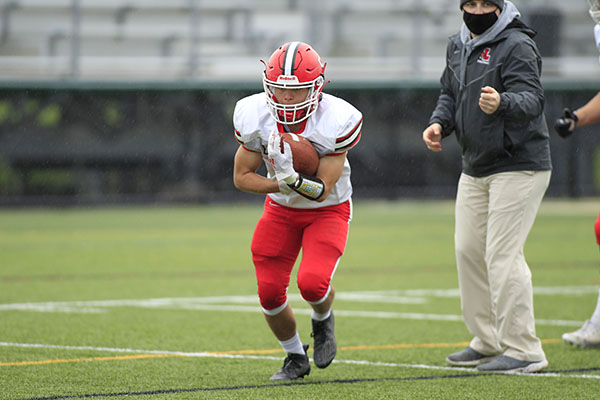 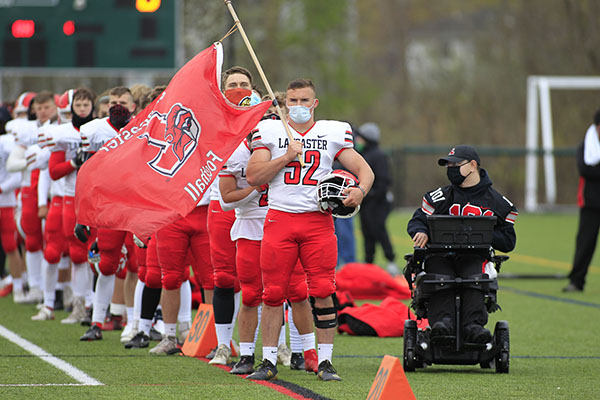 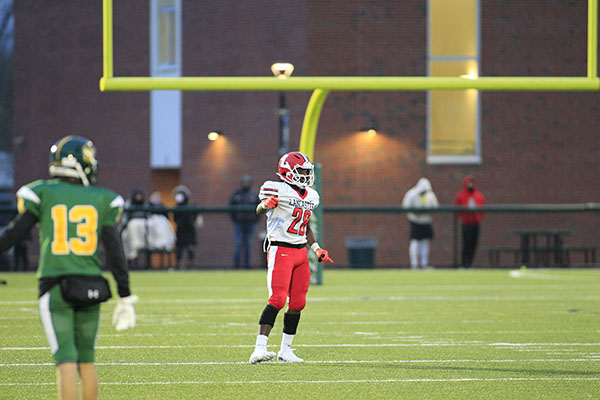 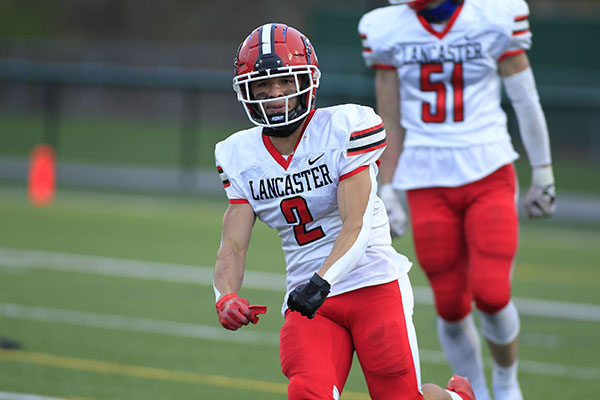 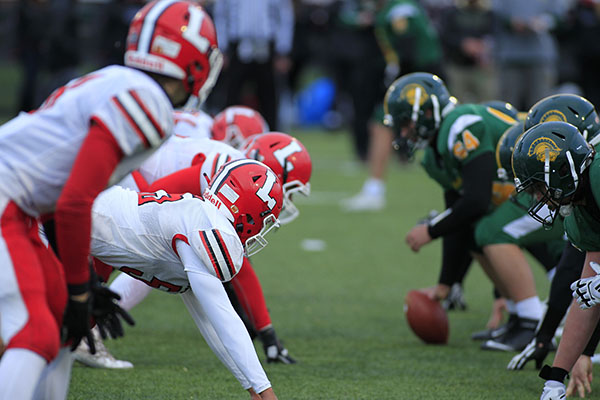 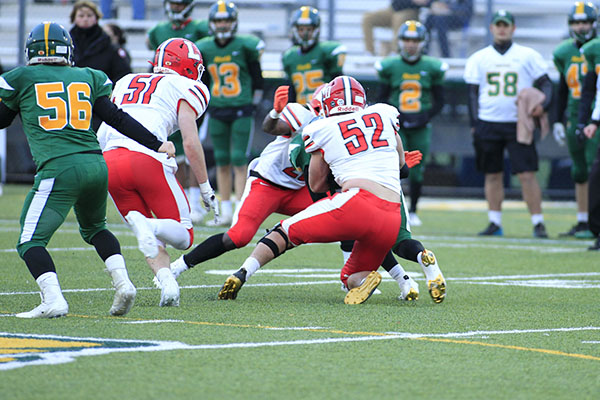 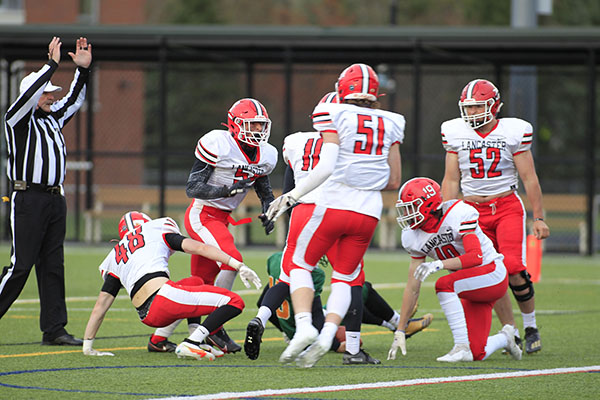 Lancaster welcomed the Wolverines of Niagara Falls to Foyle-Kling Field for a Class AA showdown last Friday night. The rains came before the start of this one with lighting that would delay the start of the game by a few minutes. The game may have started little late but the offense jumped out early and often for the Legends. The Legends would score on thier first possession and never look back winning 36-7. More on the Lancaster/Niagara Falls game here.

3 teams are undefeated in Class AA in this young season. Frontier, Lancaster and Orchard Park are out front with 3 games left. Bennett and Clarence are tied for the 4th spot at 1-1. Only 4 teams will be entering the post season for the chance to be Section Champions. Williamsville North, Niagara Falls and Hutch Tech are 0-2 and looking at a tough climb to get back in it.

This will be the 9th meeting between the 2 schools that started in 2000 with WN winning in 2OT 27-20. The Legends met the Spartans in 2017 in Orchard Park in the Section Championship game.

Lancaster was looking for its 2nd Championship in as many years and the Legends did not disappoint. The older Mansell brother was able to get things going for the offense and along with a strong running game got the ball into the endzone. The defense led by Joe Andreessen kept WN off the board for most of the game. More on that game can be found here.

The Lancaster Football program unveiled its Wall of Fame Mural Wall at the Spring 2021 home opener game Friday April 2, 2021. The wall is 120’ long, 5’high wall and contains hundreds of pictures of former Redskin and Legend Players from the past 100 years of football at LHS. This wall is displayed on the brick wall in the end zone of Foyle Kling Field. This initiative was the vision of the current LHS varsity staff which has won the last four Section VI AA Championships under the leadership of Head Coach Eric Rupp. A committee of former players, coaches, parents and alumni was put together to help collect and select pictures for the wall and the entire process has taken almost two years to complete. 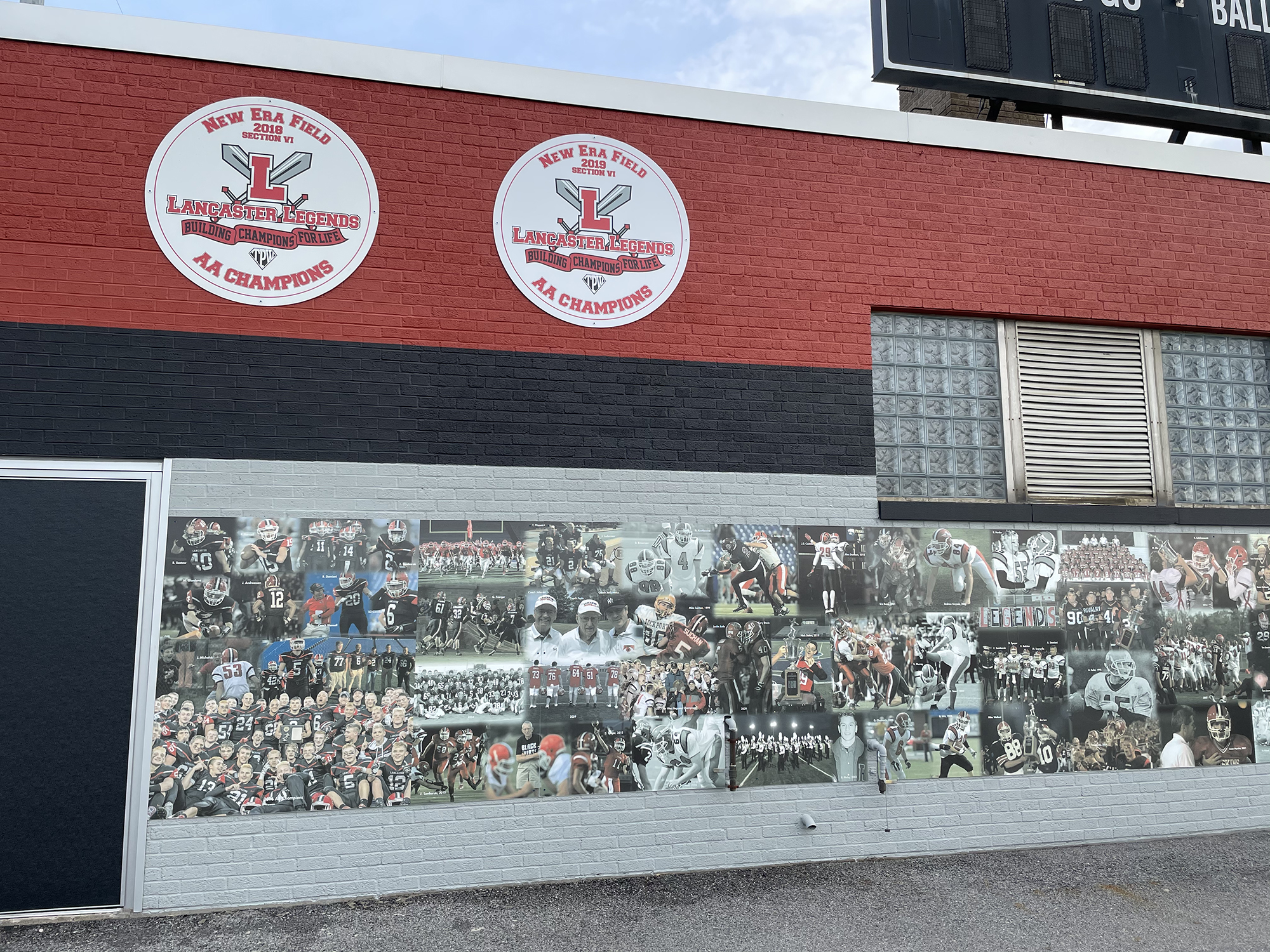 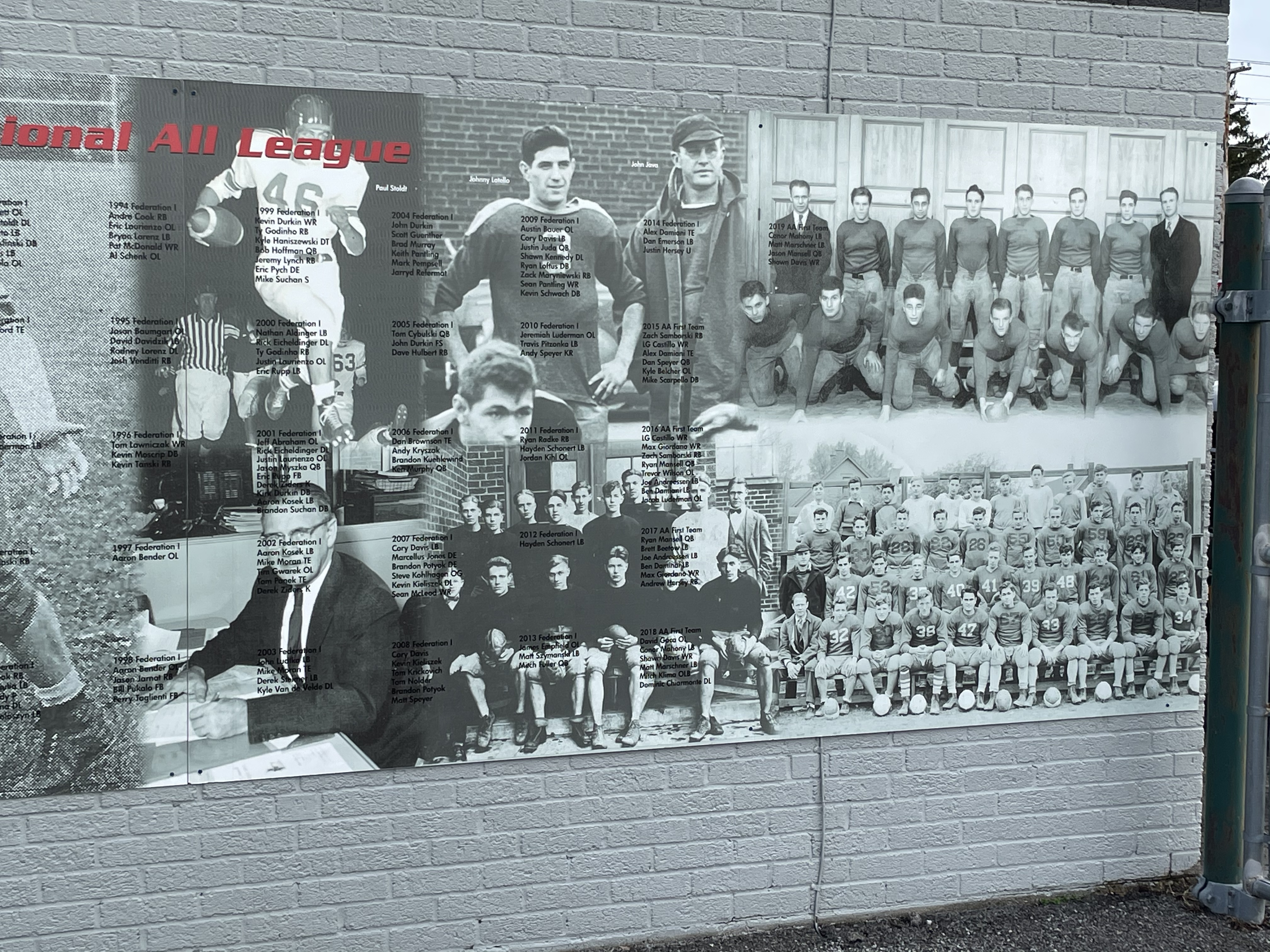 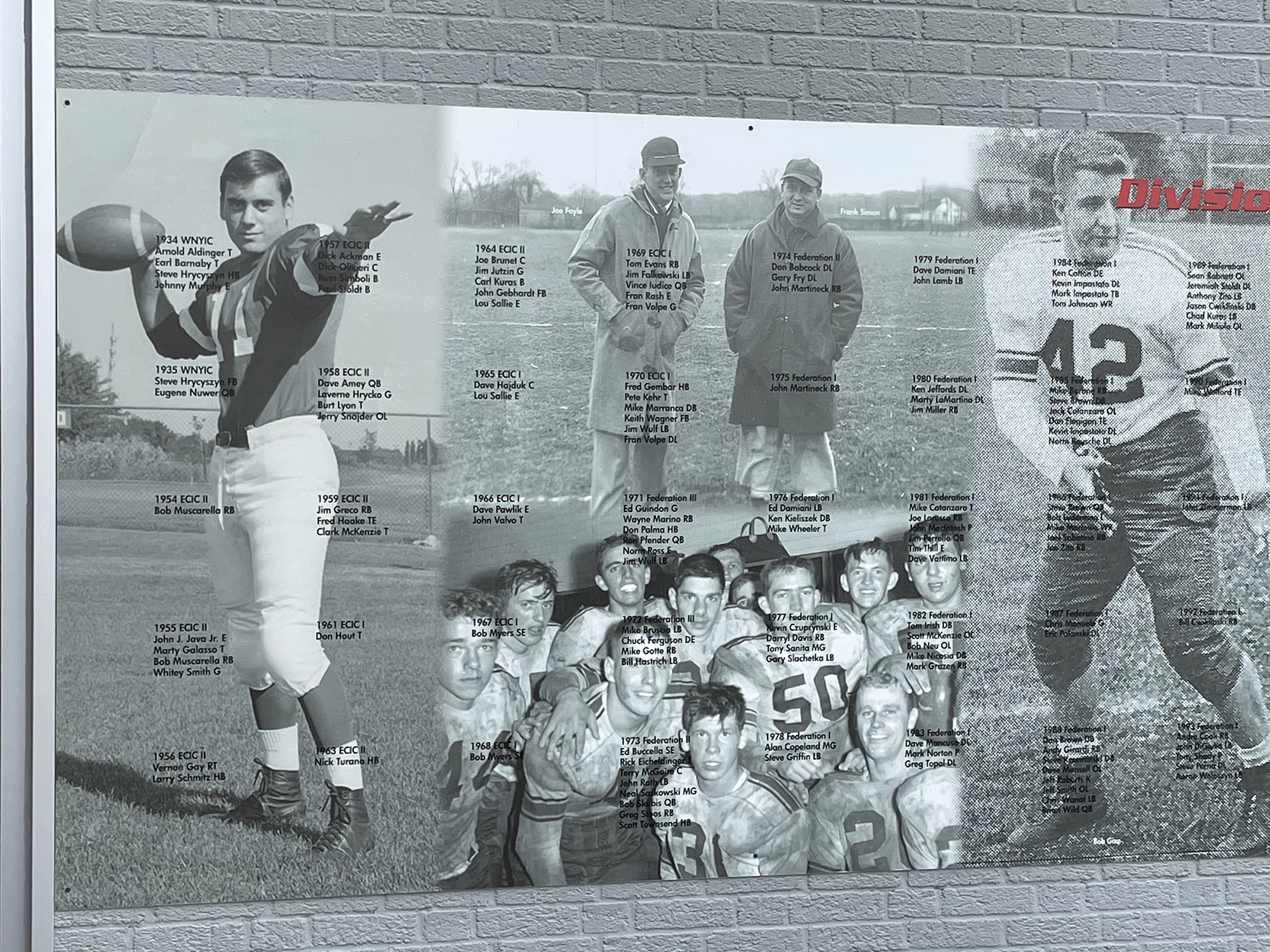 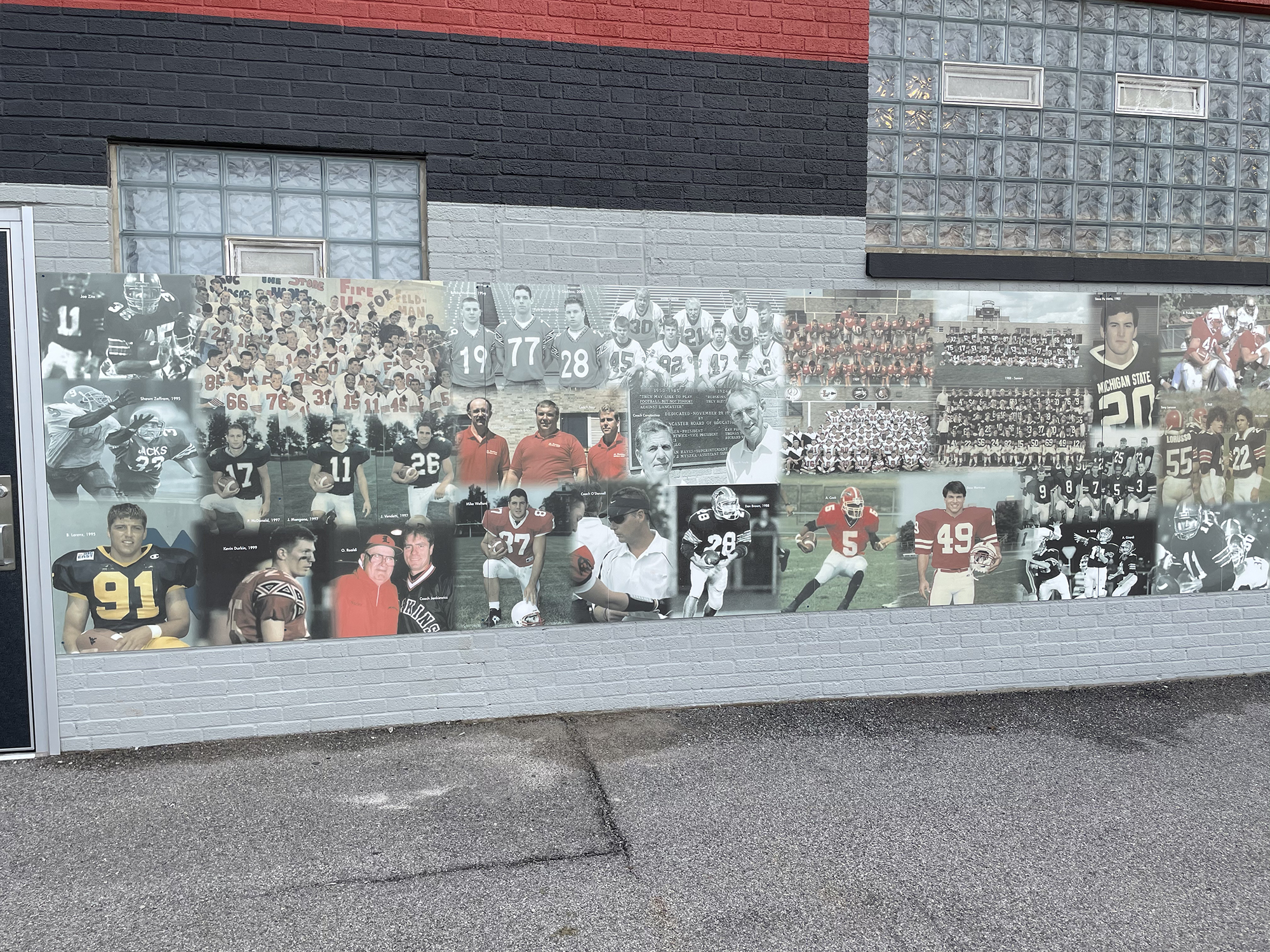 The objective of the wall is to forever preserve and display the tremendous tradition of Lancaster Football. The wall is expected to fade in over the course of the next decade due to the extreme elements of the outdoors and it’s southern exposure to the sun. It is anticipated the wall will need to be replaced every 7-10 years. The cost of the design and productions of the wall was just over $5,000 and has been 100% funded from the current teams budget thus far. Donations can be made to the Lancaster Football Boosters to help defray these costs. If interested please email: lancasterlegendsfootball@gmail.com